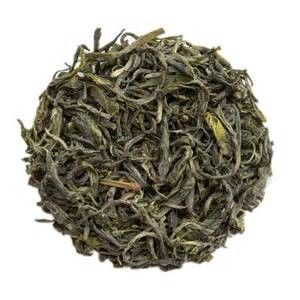 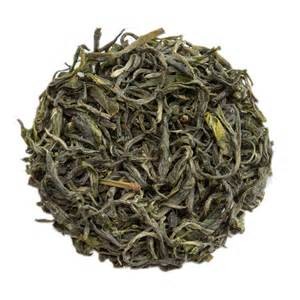 Green tea is made solely from the leaves of Camellia sinensis that have undergone minimal oxidation during processing.

Green tea originates in China and has become associated with many cultures throughout Asia. It has recently become more widespread in the West, whereblack tea is traditionally consumed.

Green tea has become the raw material for extracts which are used in various beverages, health foods, dietary supplements, and cosmetic items. Many varieties of green tea have been created in countries where they are grown. These varieties can differ substantially due to variable growing conditions, horticulture, production processing, and harvesting time

Xinyang Mao Jian Tea was picked this spring. In the northern part of China's tea producing region is Henan Province. The most famous Henan tea is known as Xinyang Mao Jian, which means Fur Tips from Xinyang. Henan people, and especially Xinyang people, believe that there is no tea as good as the best Xinyang Mao Jian. Xinyang Mao Jian Tea has fresh vegetable tones, but it is the aroma of light roasted hazelnuts that really sets it apart from other teas. This tea has a truly refreshing taste that is full of aroma..

Use 3-4 grams of Mao Jian tea leaves and water just below boiling temperature (around 80 degrees Celsius). First rinse the tea once for washing, and afterwards you can steep the tea up to five or six times. Infuse the tea anywhere from a few seconds to one minute depending on your personal taste. Remember keep a layer of water in the glass to avoid causing the tea to dry out and lose its taste.

There are several benefits of the Maojian. First, it has a high level of phenolic content (especially the catechins) that have been scientifically proven to help in reducing the body fat. This substance also lowers the low-density lipoprotein (LDL) cholesterol in the body that is known to elevate the risks of heart diseases. This tea variety is also good for stabilizing blood pressure. The phenolic content is common among most of the green tea varieties.

Secondly, several studies have proven that consumption of green tea reduces chances of cancer by a significant percentage. Moreover, other studies found that the Mao Jian do have preventive effects against coronary heart diseases and atherosclerosis. And like any other green tea, Maojian has a good level of antioxidants. This means that the general immunity in the body is boosted and the effects of aging are also suppressed.

The Xinyang Mao Jian is also known for its relaxing and soothing effects. With this, you could ease yourself after the day's activities. In fact, the traditional drinking of the Mao Jian was done in the evening as a means of easing off. Its level of vitamins and antioxidants are also essential for a healthy skin.